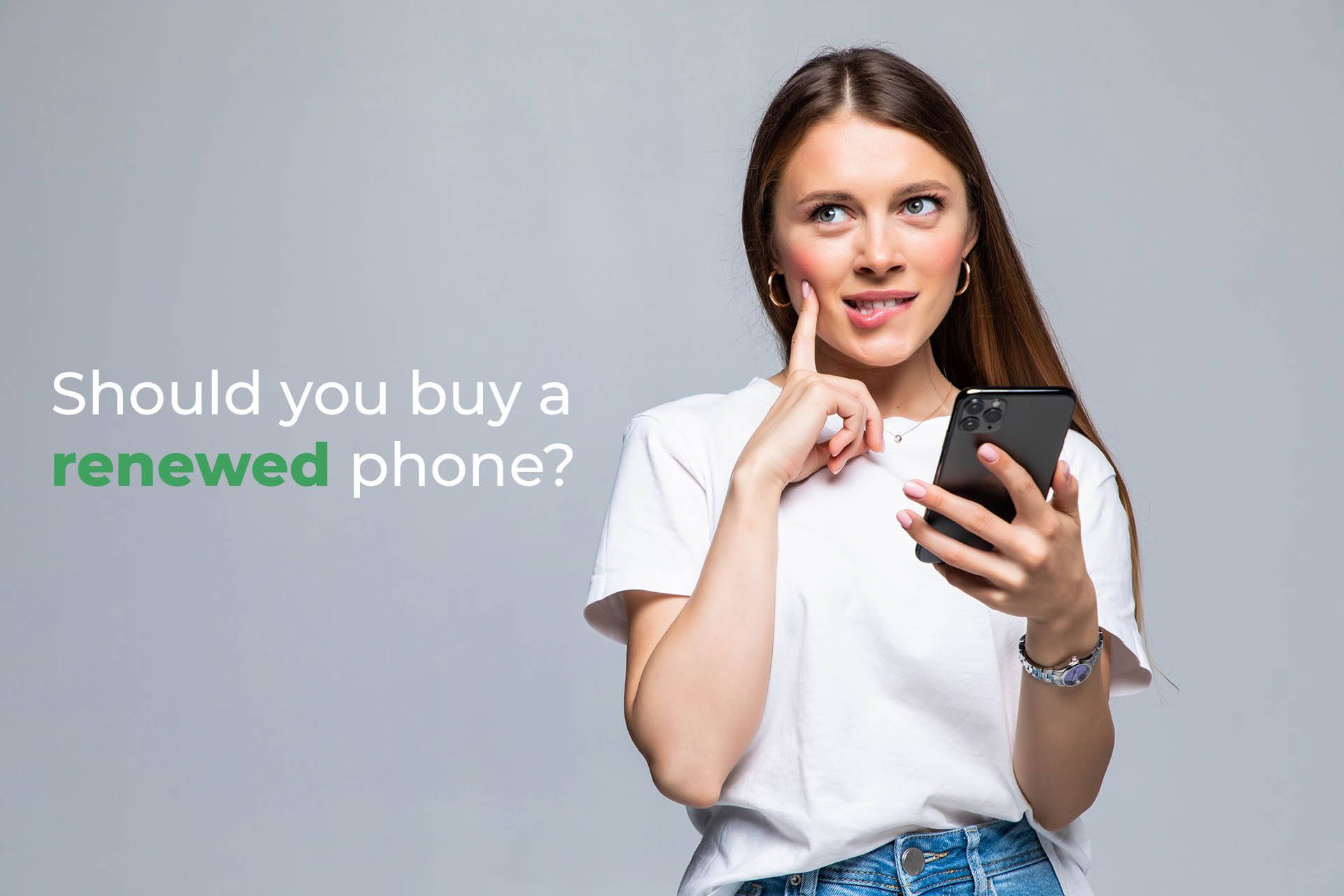 Buying a renewed phone is a great way to save money and help the environment as well. There are so many smartphones out there releasing every week, With new phones offering more features, they’ve gotten significantly more expensive, with some going well beyond the 1 lakh price tag.

But with renewed phones, you get the opportunity to give some love to a minimally used phone. To be honest, there is no real advantage to having a new phone unless you want all those advanced tech benefits. So, if you are on the side of saving money, a renewed phone might be great for you.

What is a renewed phone?

Have you ever bought a smartphone online from Amazon or Flipkart and returned it after using it for some time? Many online retailers and carriers have 7 days “no questions asked” replacement policy.

There are plenty of reasons for which a customer could replace a phone. Maybe they received the faulty phone in the first place, or there were missing parts, accessories. Now, what would the retailers do with these returned phones? They cannot resell it as a new because the law forbids them from doing so. So, they resell it under the new label as “renewed phone” or “Renewed”. If the phone is a faulty one, they repair it, test the phone vigorously and check if the problem is solved, wipe all previous data on the phone, and put it on sale.

There are no restrictions on what phone can or can’t be renewed, but typically they need to be relevant phones. Apple, Mi, Realme, and Samsung phones are some of the most common brands of phone you’ll find renewed, but older iPhones and older-model Samsung would be harder to come across. You could easily find an iPhone X or a Samsung Galaxy Note 10 for sale in a renewed condition.

Why renewed phones are affordable?

There’s superstition around if renewed phones are as reliable as new phones. Simply put, they are not going to be the same good-looking and having good speed as a phone released more recently, but they will still do the job.

There is the chance that your renewed phone will not run as well as a new phone but buying anything repaired comes with that risk.

However, you should be safe. But do not be scammed! It is better to buy a renewed phone from a trusted retailer than it is from Amazon or 2Gud, as you’re more covered by Australian Consumer Law and by warranties set in place by the retailer. Think about the purchase before you make it.

Things to consider before buying a renewed phone

If you’re the kind of person who loves having the latest smartphone and the latest features, buying a renewed phone likely isn’t going to work out for you. A renewed phone is, necessarily, going to be one that’s been on the market for a while.

While you’ll save money going for a pre-owned device instead of a new one, people who follow smartphone news and crave the latest features are always going to feel that they’re behind if they opt for a renewed phone.
Even worse is what happens when there’s an even newer version of your phone on the market. If you’ve just bought a renewed phone, you likely aren’t going to be replacing it anytime soon.

But a phone that’s a model or two behind, even if it’s new to you, isn’t going to feel new enough if what you want is a newly released phone. You’re likely better off choosing a new, less expensive flagship phone. That way, the device won’t start off feeling outdated, and you’ll be able to keep it around for a year or two before you start itching for new features.

Top 5 Refurbished Monitors in India under 10000